Sydney City Whale is an underwater vision of a post-apocalyptic Sydney which has sunk beneath the ocean.  It was painted in April 2017 by Mike Makatron – and reflects his preoccupation with the interface between nature, man and machine.

I was originally going to paint a snail but the colours that Phibs gave me suited the jungle better, and a whale is an obvious connection to the ocean.

I nearly painted some seaplane engines into the flying whale but it looked finished enough.  If you look closely there are three Sydney icons – which perhaps in the not too distant future may be covered by nature. 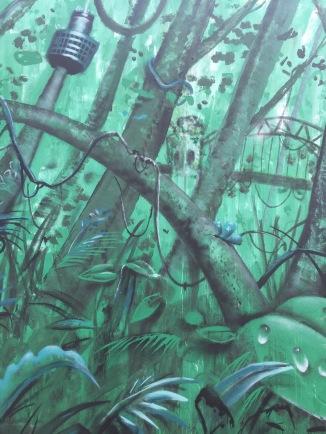 You can find out more about Mike and see more of his work HERE.

This site uses Akismet to reduce spam. Learn how your comment data is processed.